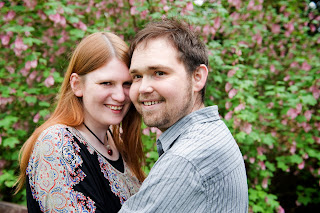 This is a long post, it has nothing to do with crochet its about me and Andy and as you already know it doesn't have a happy ending.

Andy and I met on a Friday, we had dinner at mine on the Monday, lunch for his birthday on Wednesday, on Friday we had fish and chips in Whitby and a drink at levisham on the way home (where we decided in our silly daydreams to buy the farm that was for sale and start our cottage industries me crocheting and him designing and making furniture) Saturday I met all his friends, Sunday I met his family and the following Saturday he met all my family at my sister’s wedding. I think after about 3 months together we realised we’d only spent 6 days apart since we met. To say it was a whirlwind romance would be an understatement.

Then I got the other thing I wanted. Andy already had one cat Cleo our beautiful torty queen but we got Cassi as well. I think getting Cassi was the incentive for me to move in with him. As I couldn’t have cats at my flat but didn’t want to move out of the city centre. The garden helped as well.

In this time I didn’t have much time to pick up a crochet hook, I made nibbler for Andy and a few scarves and shawls for work to show off new wool that had come in but my big plan for the blog an online shop was put on hold.

Our lives were pretty perfect, we loved to laugh and that year I think we saw every comedian going. We couldn’t have long holidays because of dialysis but we had many weekends away. We just had an amazing time. Andy’s health was never an issue, he told me stories about his many operations and I think he liked to scare me with tales of times he nearly died. He’d had 3 failed kidney transplants, his body was a patchwork of scars, each with a story behind it, I thought he was gorgeous. A fourth transplant was a bit pie in the sky but we knew if we got his heart good and healthy by getting home dialysis he’d have a chance.

Andy got an infection and had to go into hospital early this year. It turned out to be a collection on fluid in his stomach cavity which was drained and he was fine. It was the longest time we had spent apart since we met and it wasn’t a very nice way to start the year but it got better.

In February we went to Levisham again on Valentine’s Day, we had a lovely meal and as we got into the car to return home one of our songs came on the radio and Andy asked me to marry him. I think my answer was something along the lines of “of course I will you fool”

Full steam ahead into wedding planning. Now I’m not one of those girls who have been dreaming about her wedding all her life, I never thought or planned to get married, I didn’t have a clue how to go about wedding planning so Andy and I did everything together. He even helped me pick my dress. It was great fun.

In April we got our next blow, when Andy’s fistula went. His fistula is how he got his dialysis. He had to go back to having tubes and not getting such good dialysis. This was the first time we really had to worry about Andy’s health, he’d had fistula and grafts and tubes and his veins were pretty shot so we had to think about the chance of not getting another fistula. It was a pretty shit time but I remember how sunny it was and how we were able to spend so much time together sitting in the garden shaking our fists at how shit life was and how we wouldn’t let this get us down, we’d fight through anything.

Get through it we did, a clever surgeon took some vein from Andy’s leg and formed a new fistula in his arm, we could breathe again, and all was good. Well the surgeon used the wrong type of stitches as Andy doesn’t heal as quickly as most people so he had a open wound that had to be dressed every couple of days. It would heal eventually, he wasn’t working so he had time to rest it, we could cope. I was getting my training for home dialysis and with Andy’s new fistula we could breathe again, after his leg healed we’d be back on track.

I’m not going to go into too much detail about what happened next but the collection of fluid in his stomach cavity returned and then we went through weeks of him being in and out of hospital, no one knew what was wrong with him, he went in septic shock 3 times, I had to call ambulances out twice, he had 2 operations but in the end it was all too much. He couldn’t get good dialysis, the antibiotics weren’t touching the infection and his body just gave up.

I am so thankful that I got so spend the time with him I did, I’m so lucky for that and I’ll never forget him.

The york press covered it here
Posted by lizwardcrochet at 15:39