Thanks for everyone who joined in yesterday. Has anyone started making the Christmas pudding yet?
Its day two of the advent calender and today I've come up with a fun pattern for this little Christmas stocking. Its the perfect size to hang on the Christmas tree and fill with chocolates or sweeties :)

This pattern starts at the toe end and is worked in the round to the heal, then you work back and forth in rows to form the heal (the white bit) before returning to work in the round to make the leg of the sock. the hem is made separately and sewn on. 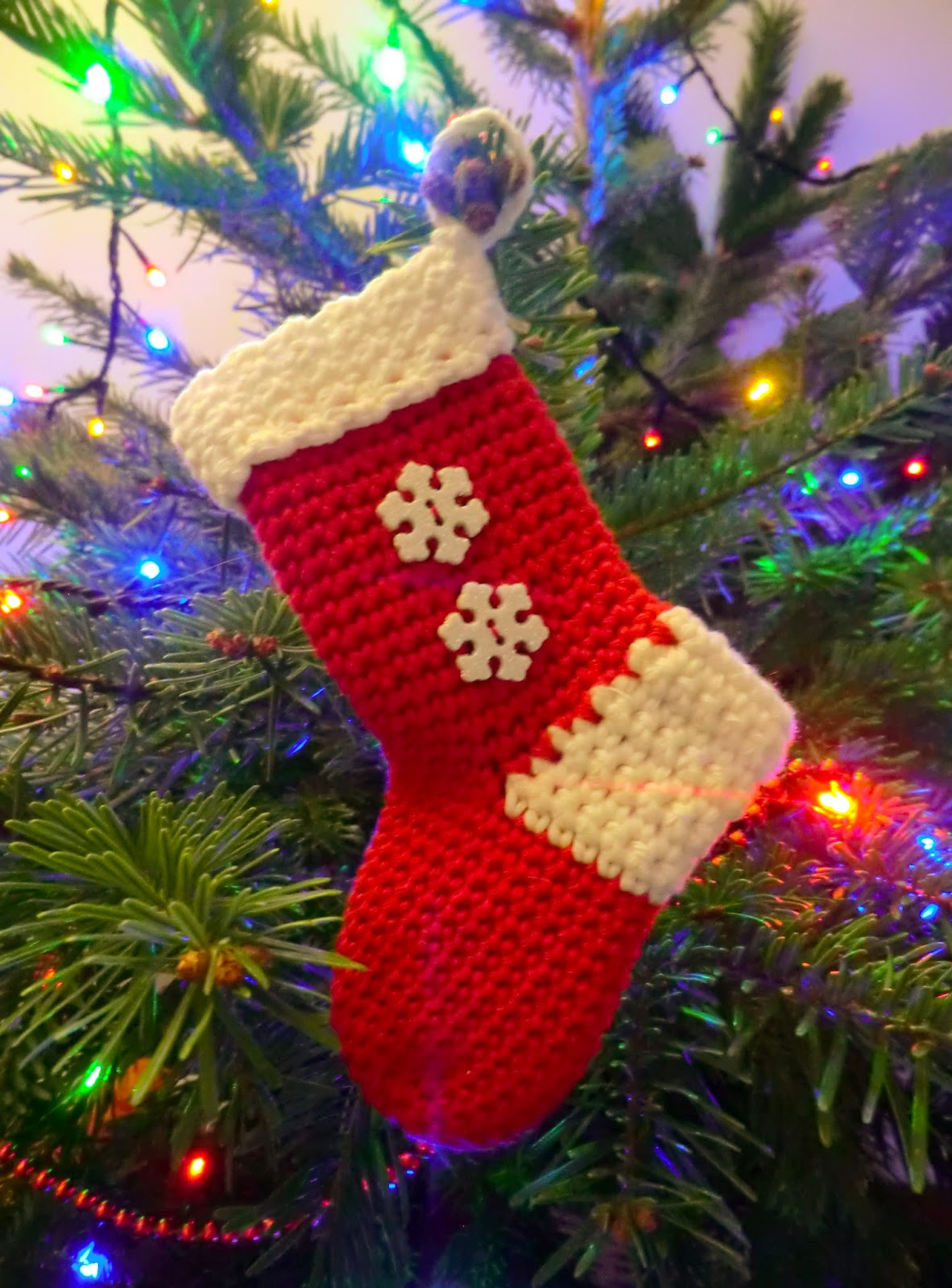 Form the heel of the stocking
This is worked back and forth in rows rather than working the whole round
Row 1: dc in the first twelve sts. 12sts (mark the next unworked red stitch with a stitch marker, this is where you will re-join the yarn later)
Row 2-11: ch1, turn, dc in each st to the end. 12sts

Fasten off. Fold the white edge and sew together to make the back of the heel.

Re-join with red yarn to the first red stitch not worked on row 1 marked with a stitch marker.

Fasten off and weave in any loose ends.

Make one in white yarn

Ch 16, sl st in the same stitch at base of ch to form the hanging loop.

Fasten off and sew in place around the top edge of the stocking. Weave in and cut off any loose ends.

Christmas stocking by Liz Ward
Posted by lizwardcrochet at 09:00