Normally in my family we can't put up our Christmas tree until after my sisters birthday on the 8th of December so in honor of that tradition today's pattern is for a little amigurumi Christmas tree. 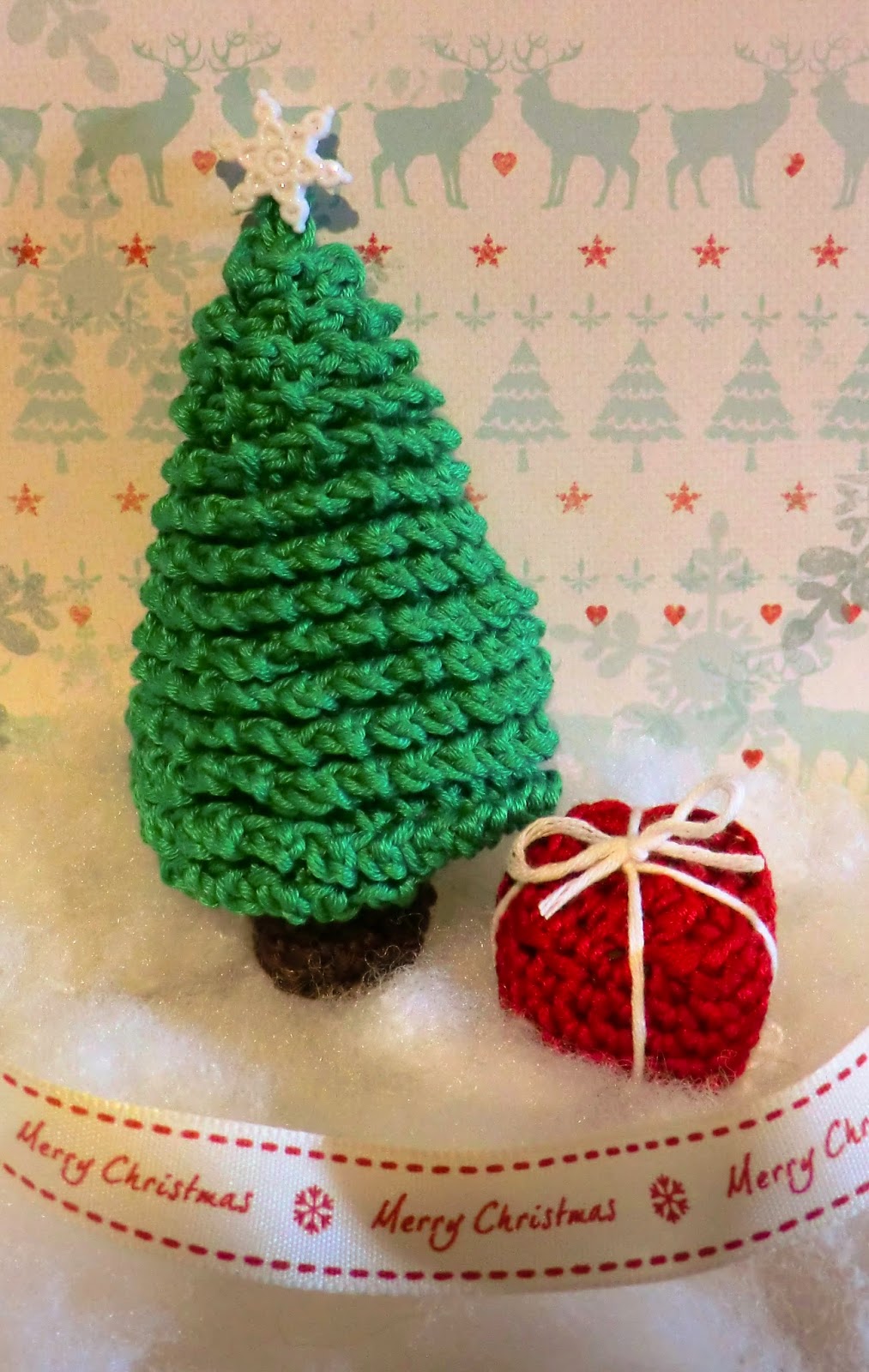 You may notice the Christmas presents from day 6 in this photo aswell :)

Fasten off and sew closed the hole at the bottom of the tree.

Create the leaves
Re-join to round 1 with matching yarn to the loop created by work in BLO st.

Fasten off and weave in any loose ends

Fasten off, stuff and sew in place at the bottom of the tree.

Decorate with a star button or cut a star out of felt on the top of the tree.