You can never say no to your mum. So despite the fact that I already had a lot on the go when my mum asked me if I could make some little slippers and gloves for my little nephew Lucas I dropped everything and gave it a go.

First stop I went on pinterest and had a look for a pattern. 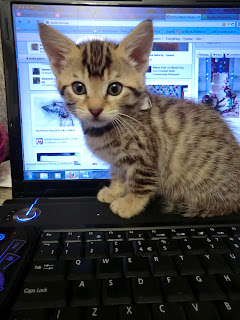 Pinterest is a great source when hunting for ideas but at the moment whenever I turn the laptop on I have to fight with the kittens to be able to see the screen. There was no way I was gonna be able to follow a pattern on screen with these monkeys around so I thought I'd just design my own.
I used the basic principles of amigurumi and was quickly able to make the gloves as they are just slightly longer and bigger bear ears. The slippers were a bit trickier but I figured if I used the pattern I wrote a while back for Twists little bunny slippers and scaled it up a bit it should work and after a bit of trial and error it did. 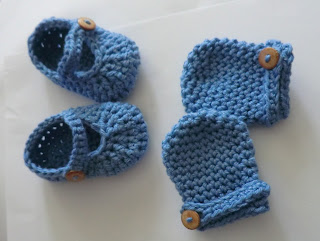 I managed to whip this set together in a morning and met my mum, sister and Lucas in the afternoon. Unfortunately Lucas has grown quite a bit since I'd seen him last so they didn't fit so I'll have make some bigger.

Fortunately they didn't go to waste. I took them along to the first Chicks with sticks crochet clinic to show off to my fellow crocheters and Angela liked them so much she wanted them to give to her neighbour that just had a little boy and I was happy to exchange them for a nice glass of wine ;)
Posted by lizwardcrochet at 13:18