Today is my sisters birthday. She's very difficult to buy presents for and this year my funds are limited so I decided to make her something instead. 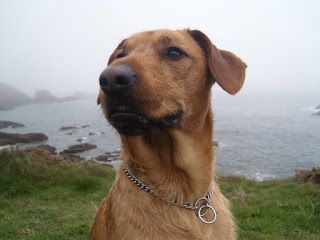 This is her dog Rusty. I know she loves her dog to pieces and so I wanted to make something with him on. My first idea was to do a little embroidery of him and make it into a purse but I failed at this as none of the pictures I tried looked like Rusty and I didn't think she's get where I was going if it was just a pic of a generic dog on a purse.
I had another think and decided to use Fimo to make her a keyring. I've never attempted to make a dog in fimo before so I was doubtful how my efforts would turn out but I was pleasantly surprised. 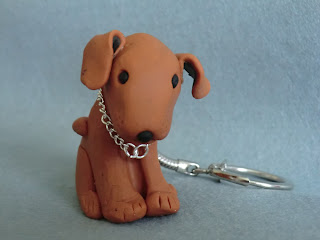 It actually looks like a dog and like Rusty :) My fave bit is the choke chain which I added as an afterthought but really like it. I also gave her one of my felt flower mobile phone cases but I forgot to photo that.

So Happy Birthday Jen hope you have a good one and you like your presents :)

On the crochet front I'm still addicted to mini amigurumi. My skull bracelets are proving very popular and I'm still enjoying making them. I've also been trying out a few different patterns in mini with mixed success but this little guy I am really happy with. 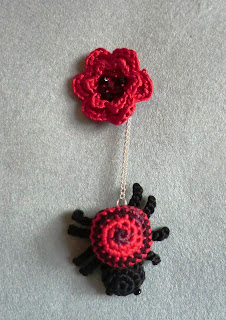 I'm linking in with handmade Monday again there are some amazing craft blogs so go and have a look at them all :)